This Chicken Fried Steak & Country Gravy is so easy to make, and better than you can get out at any restaurant.

The meat is tender and juicy, with just the right amount of breading. The gravy is creamy and flavorful. This dish is a stick-to-your-ribs comfort food that is sure to have your family and friends raving about what a great cook you are! 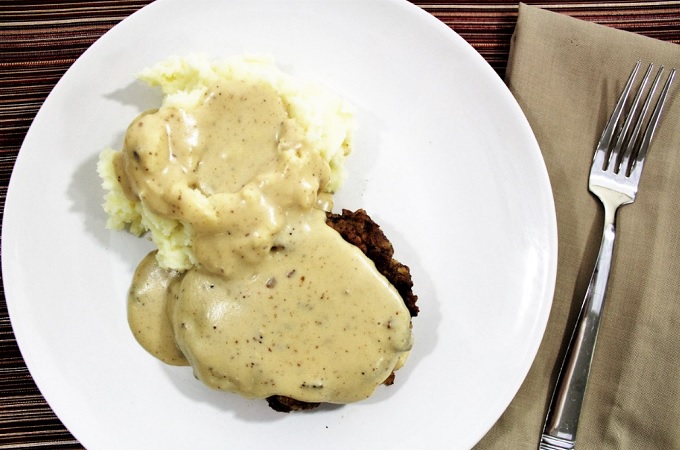 I came up with this recipe for my husband. It seemed that he would order it out a lot, but was never happy with it. I began to think that he didn’t really like it, but as it turns out he just wasn’t satisfied with the quality of the ingredients that he was getting. 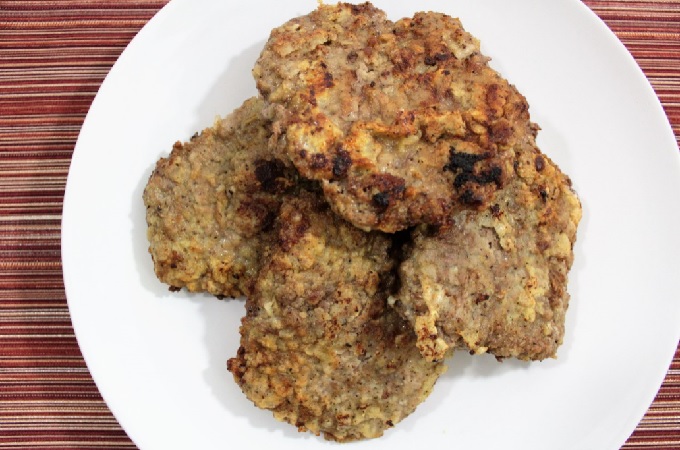 Most of the time, the meat appeared to be frozen or was lacking in flavor. Sometimes the breading was so thick that it took away from the steak. Some packaged gravy is okay, and some is downright disgusting.

I understand that restaurants can’t really make homemade gravy because of the short shelf-life it has, but who tastes some of these and thinks they taste good enough to serve, to people, for money? 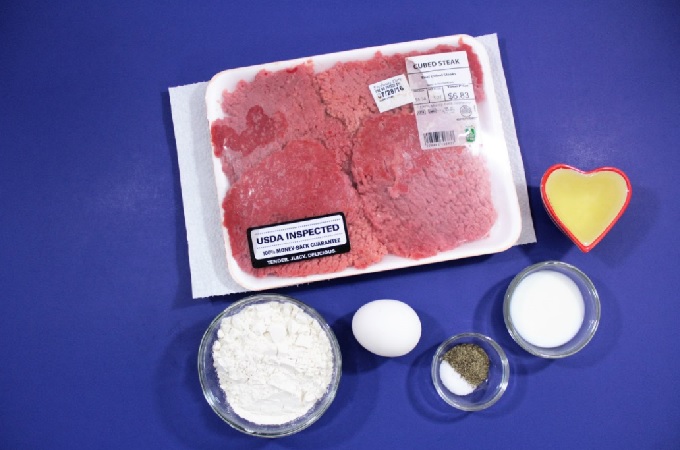 And speaking of the price. I can make this entire meal, steaks, mashed potatoes, gravy, and a vegetable for under $10. That’s less than $2.50 a plate! An order of Chicken Fried Steak & Country Gravy at a restaurant would run anywhere from $8-$20 a plate, no kidding! 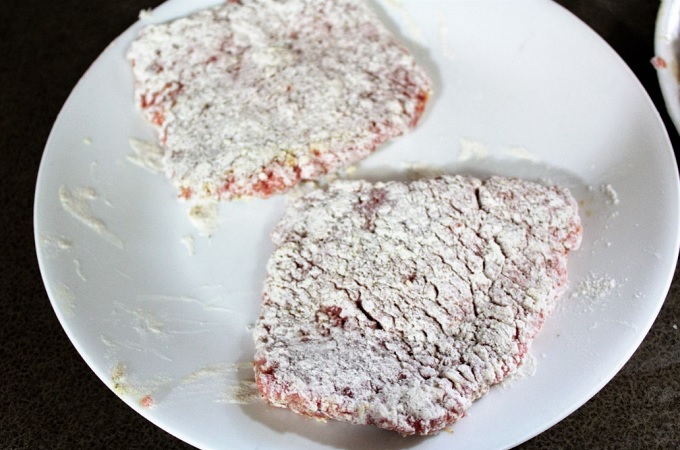 (I let the meat sit while the oil is heating up, so that the flour doesn’t fall off when I put it in the skillet.) 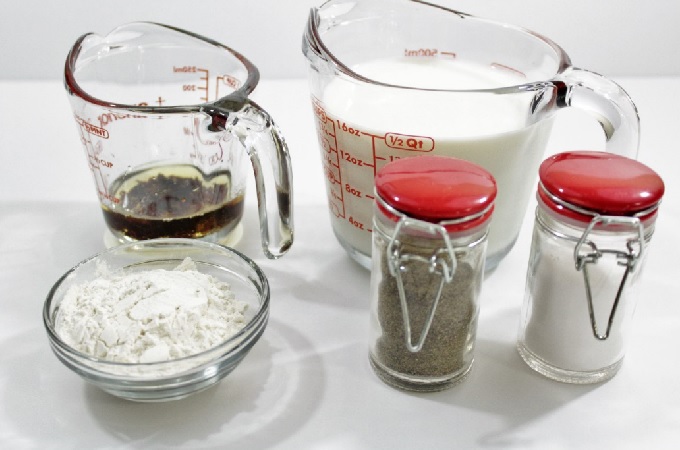 These Super Soft Yeast Rolls or these Self-Rising Biscuits would go great with this dish. 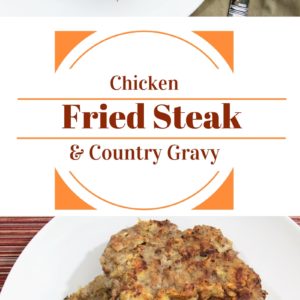 For the chicken fried steak

Be extremely careful when you are measuring hot oil. You can carefully pour the hot oil into a glass measuring cup on a heatproof surface and then measure it. The oil is hot so you need to use a heatproof measuring device or it will melt.

However you choose to do it, please be careful.

I use two skillets and cook 2 steaks in each one. If you only have one skillet then cook two steaks and then take them out and put them in the oven on an oven safe plate with paper towels on it, then cook the other 2 steaks. You could also cook them in one skillet if it is big enough to hold the number of steaks you are cooking without overcrowding the pan. Overcrowding the pan will not allow them to brown and get crispy.