This Oatmeal Cake with Coconut Pecan Topping has to be the best cake I have ever eaten! It is so soft, moist, and yummy. 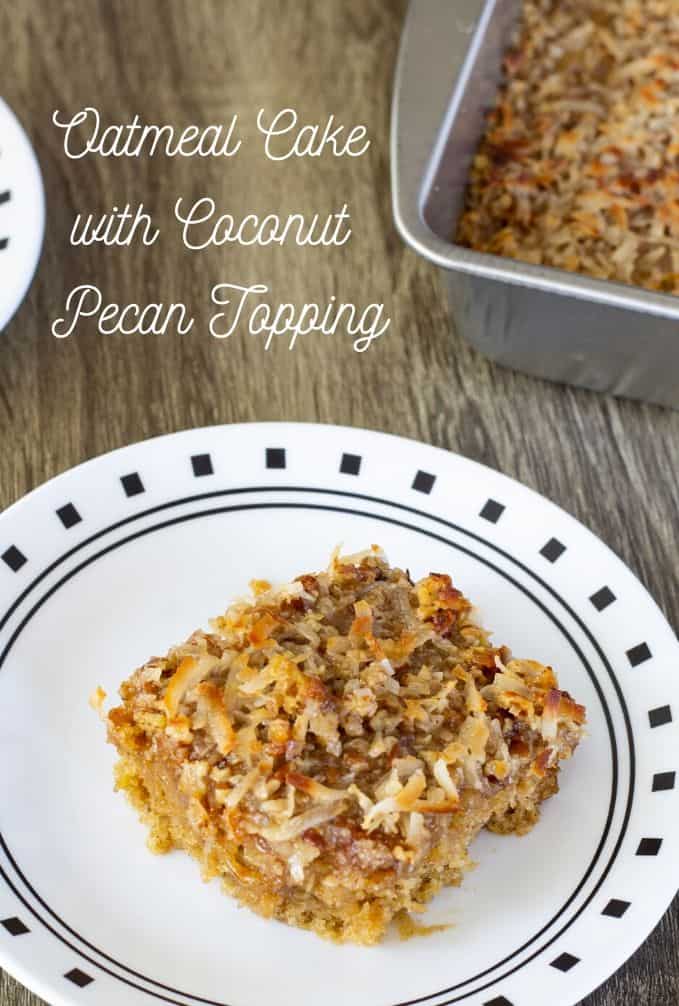 I remember watching my mom make it and put it in the oven. It seemed to take forever for it to bake. I would hover around the kitchen waiting for it.

Perhaps one of my favorite things about this cake is that you don’t have to wait too long for it to cool. You bake it then make the topping while it cools a little.

Spread the topping over it, stick it under the broiler for a few minutes and voila! You are eating cake. I love that! 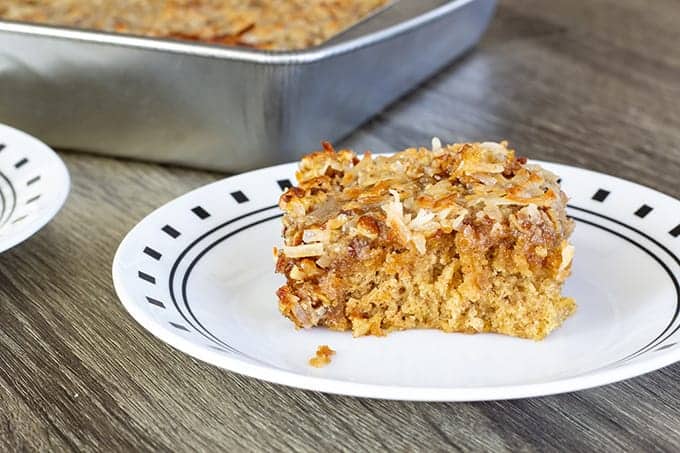 And speaking of putting it under the broiler – that makes it sooo yummy. It is almost like a very thin caramel, but with coconut and pecans! 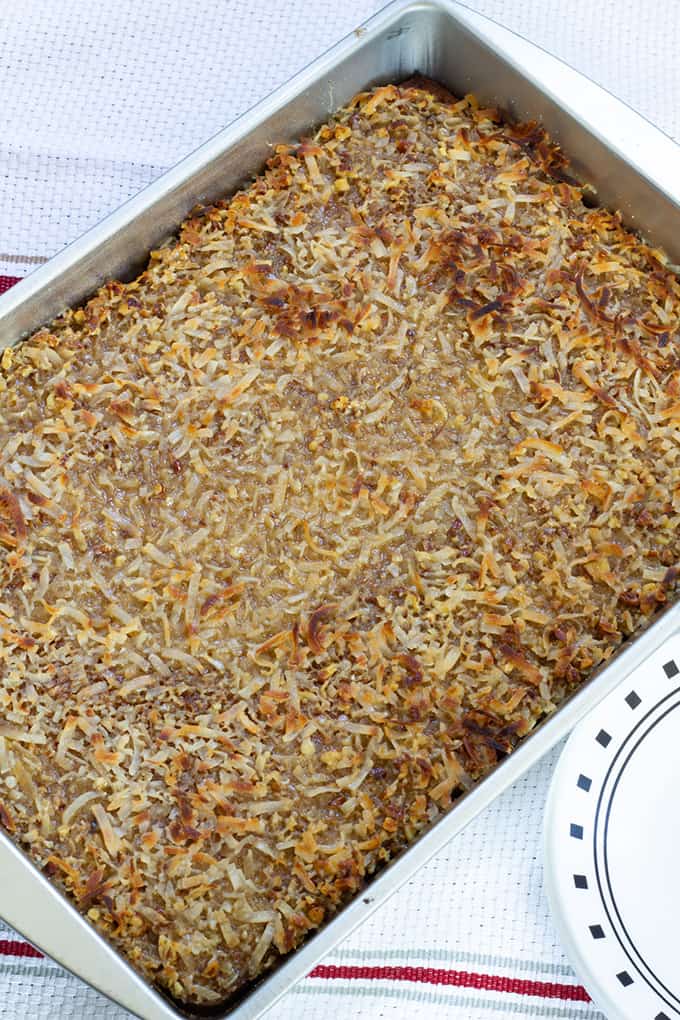 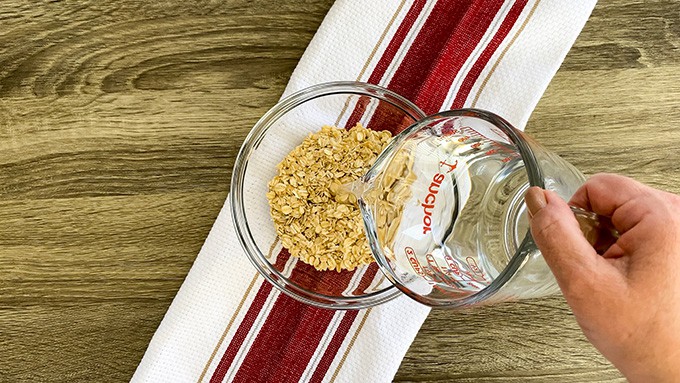 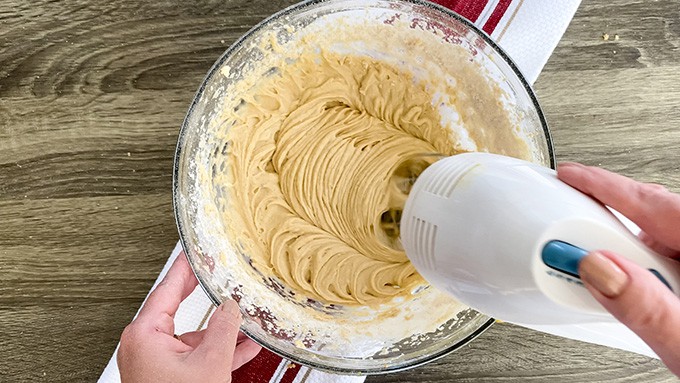 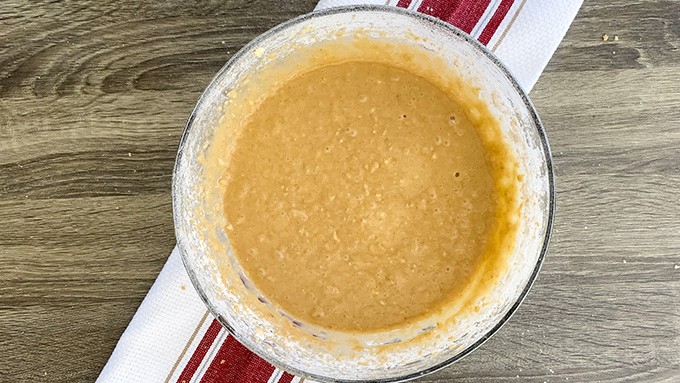 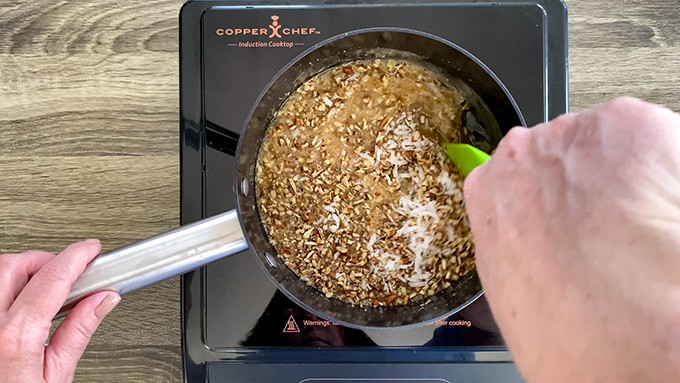 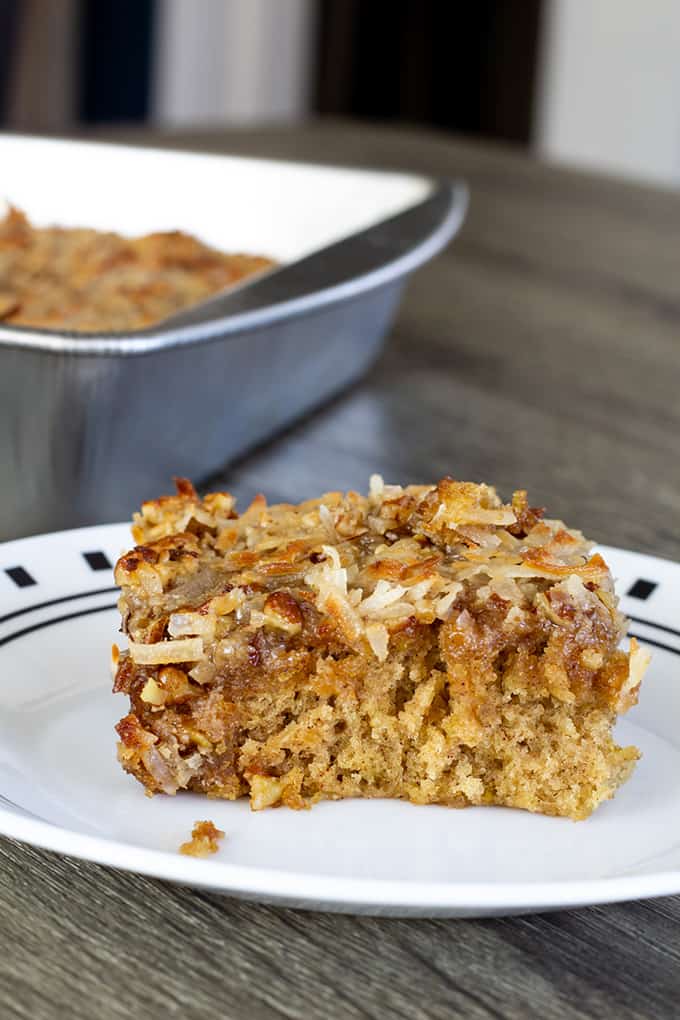 I always have everything on-hand to make this cake. Luckily I have to specifically pick up the coconut or else I would be making this all the time.

And while I love it very much I can’t make it too often and stick to the 80/20 eating plan I am on.

Also I’m pretty sure Lee and I finished this whole cake off in about 2 days. Shh, don’t tell anyone. 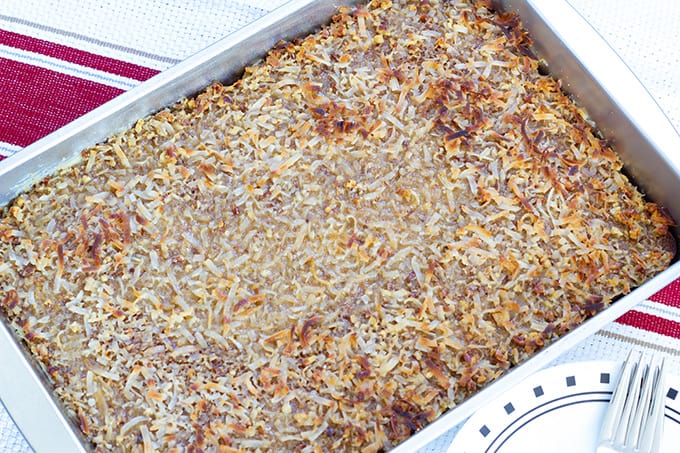 There are many variations of this recipe. I tried to find the recipe that is closest to the one I had as a little girl, and I think this one is it!

I have found many versions of his recipe. Pillsbury’s has a slightly different ratio of ingredients as mine. Better Homes & Gardens has yet another version. And food.com has a version that has raisins in it. 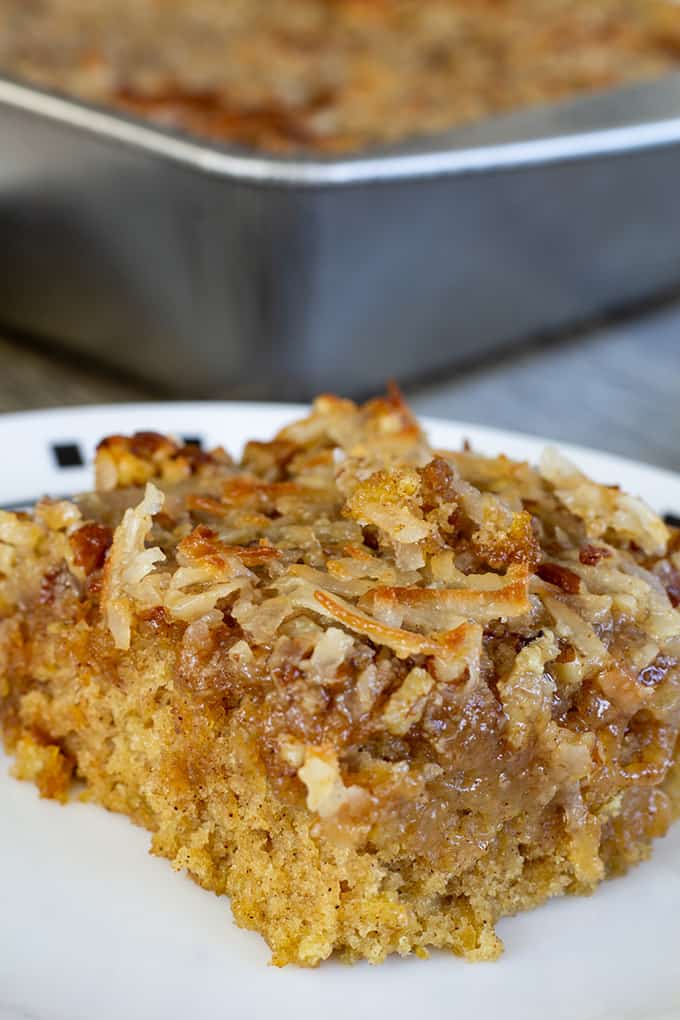 I’m sure there are even more version than these, and that is what made it so hard to find one similar to the one I remembered.

I used a cake recipe from one source and a topping recipe from a different source and can’t remember where I got either. It was so long ago that I just have the recipes in a notebook. 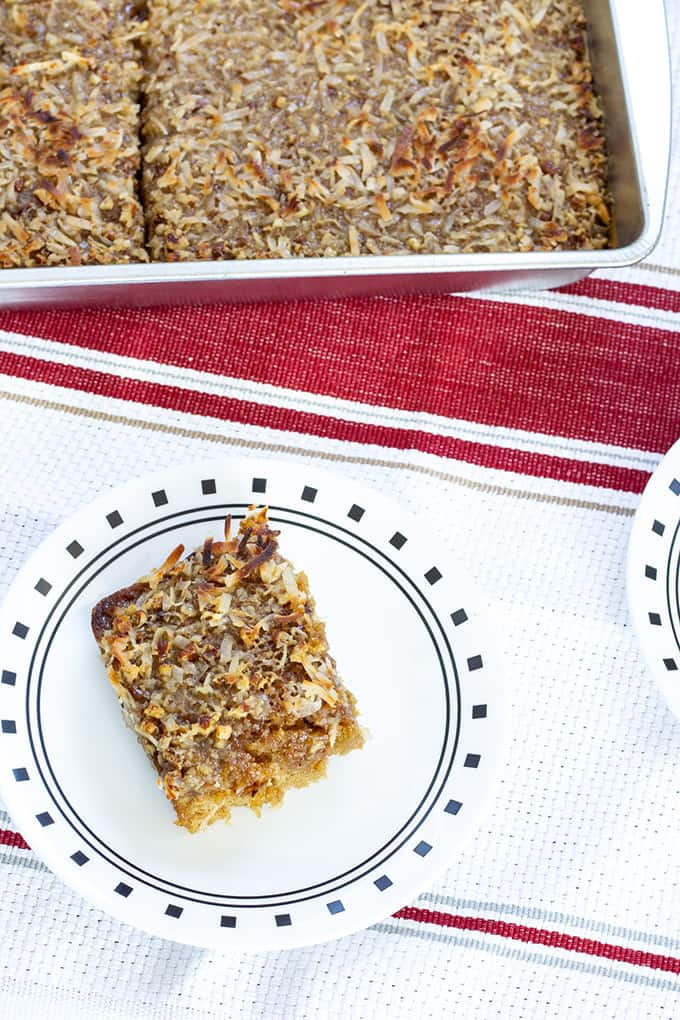 Cake is one of my most favorite foods, right after potatoes. Some other cake recipes you might like are: 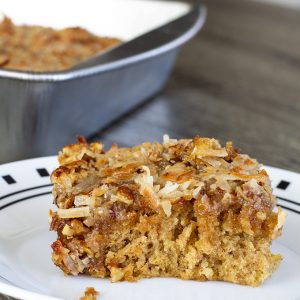 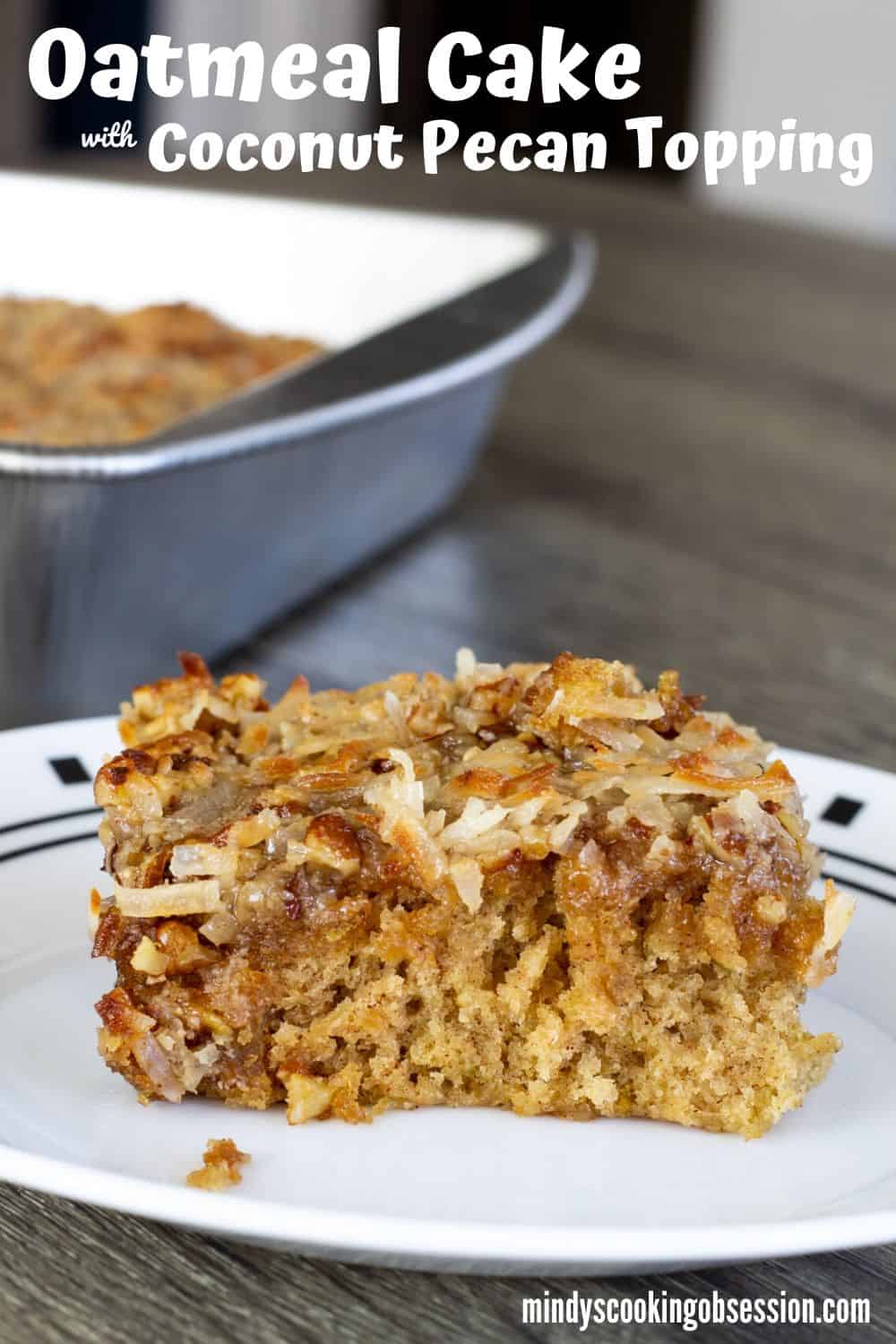