I am so excited to share these Milky Way Brownies with you all!

I only eat a few different kind of candy bars, and Milky Way bars have been a favorite since I was a child.

They are also a favorite of my kids. So I thought, why not put the components of a Milky Way on the top of brownies. 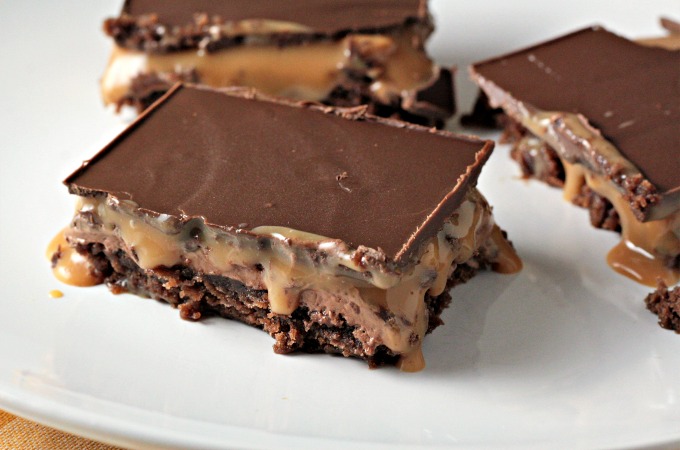 I must warn you – these are highly addicting.

Also, these are the type of brownies that must be eaten with a fork. My daughter ate one with her hands, and she ended up standing over the sink.

These got all gooey and melt-y while I was taking pictures.

I didn’t mind though, because gooey caramel on top of brownies is one of my new favorite things. 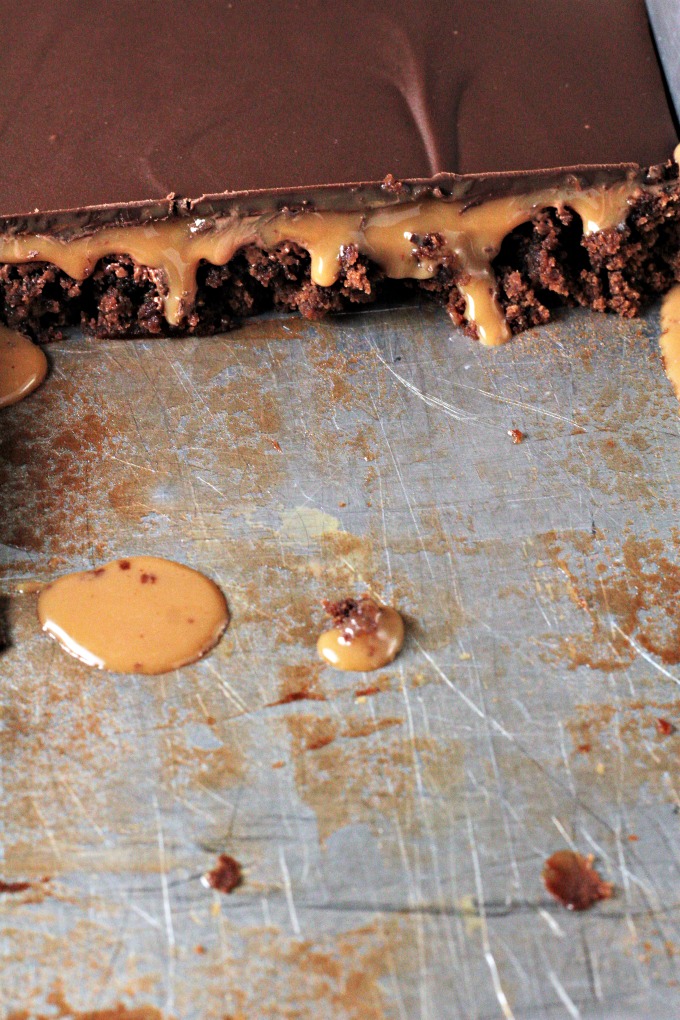 The caramel did set back up when I put them back in the fridge.

If I think about it before I want to eat one then I will cut a piece and let it get room temperature before I eat it.

Other times I just eat it straight out of the fridge. They are a little easier to eat after they are nice and soft.

Sometimes though, I don’t have that kind of patience. 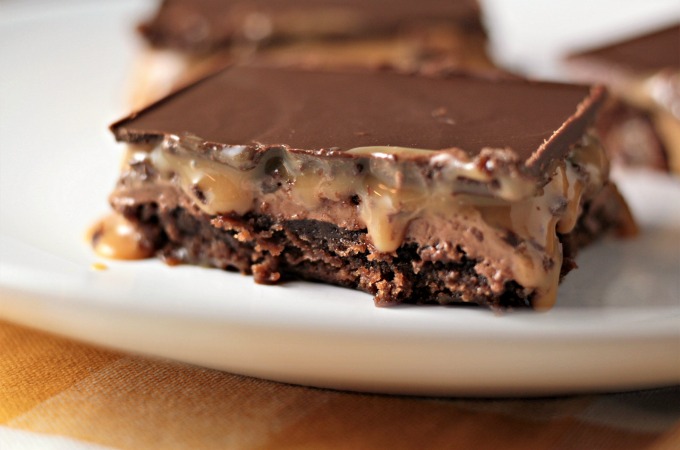 I use the kind of chocolate spread that comes in a plastic jar, and is found on the aisle with the peanut butter.

Another tip for these Milky Way Brownies is to use a sharp knife to cut them. 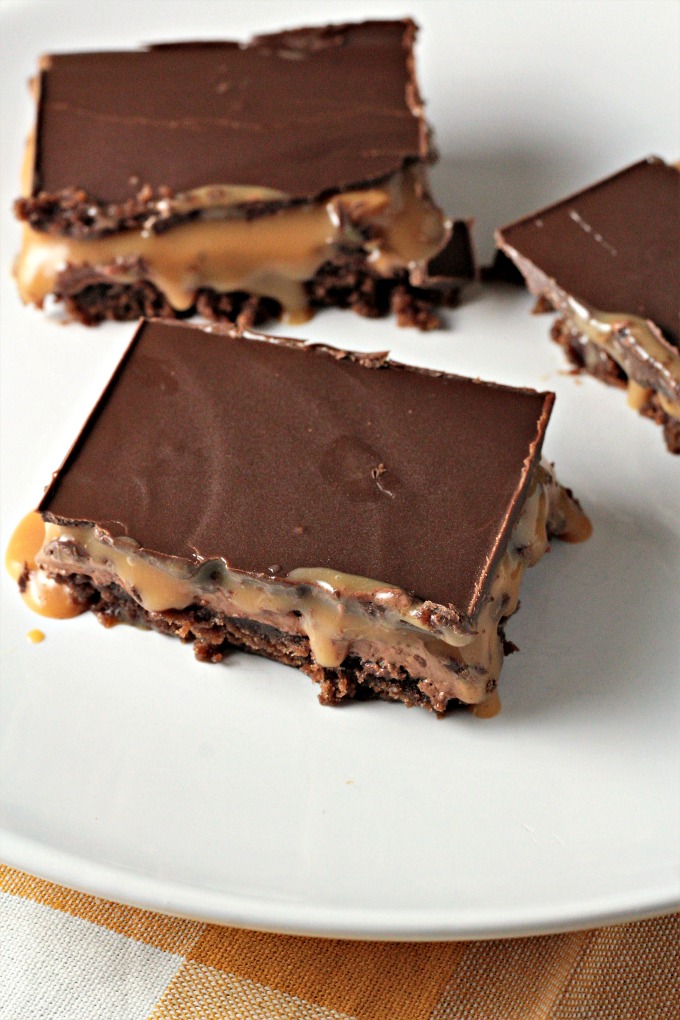 As you can see in the photos, the chocolate is kinda thick, so a sharp knife makes cutting them easier.

The chocolate layer cracks sometimes when I cut it, but that’s okay because it’s not staying in one piece where it’s going anyway. 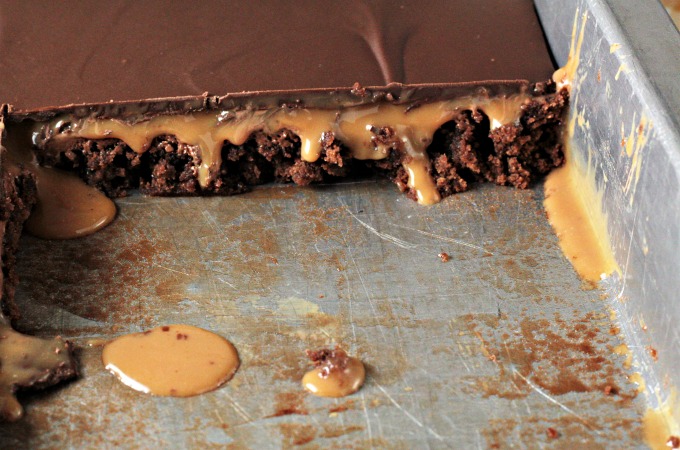 Eat your Milky Way on top of brownies! Get the recipe at Mindy's Cooking Obsession. Click To Tweet 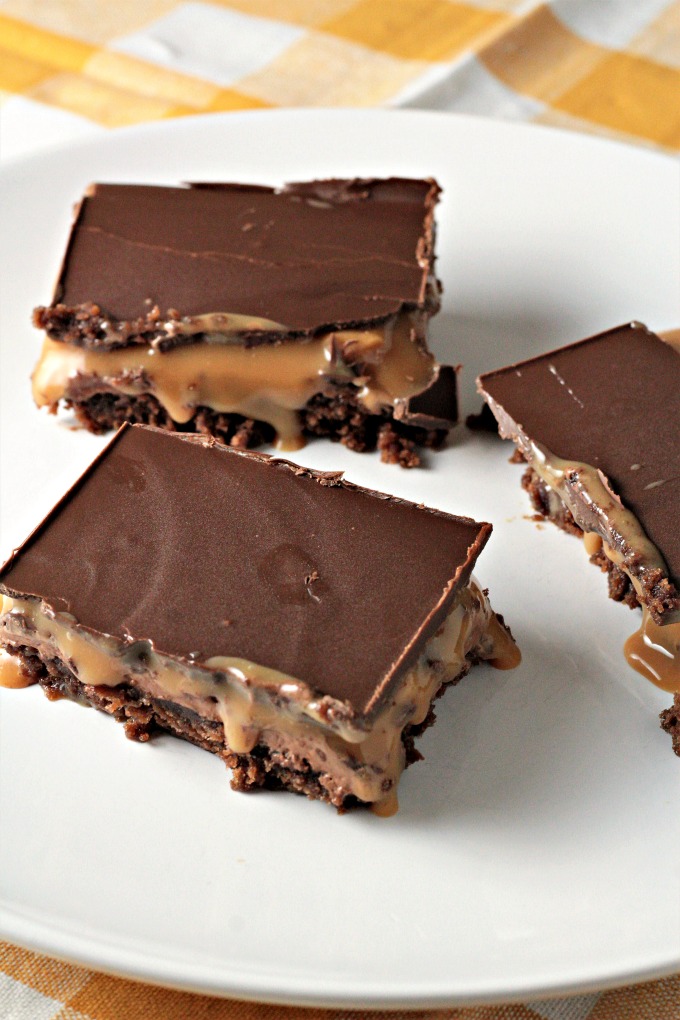 Some other candy bar inspired recipes I have come up with are these Almond Joy Cookies and this Twix Poke Cake. They are both very yummy! 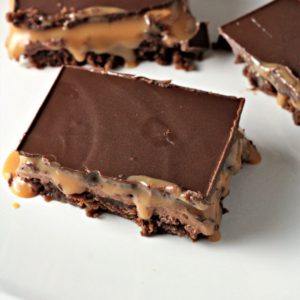 For the nougat layer:

For the caramel layer:

For the chocolate layer:

Make sure to use microwave safe bowls for this, and be careful because the bowls could get hot. You can also do this in a double boiler. You can substitute Nutella for the chocolate spread if you would like. Cooling and resting time is an estimate.
Keyword milky way brownies
Tried this recipe?Mention @mindyscookingobsession or tag #mindyscookingobsession! 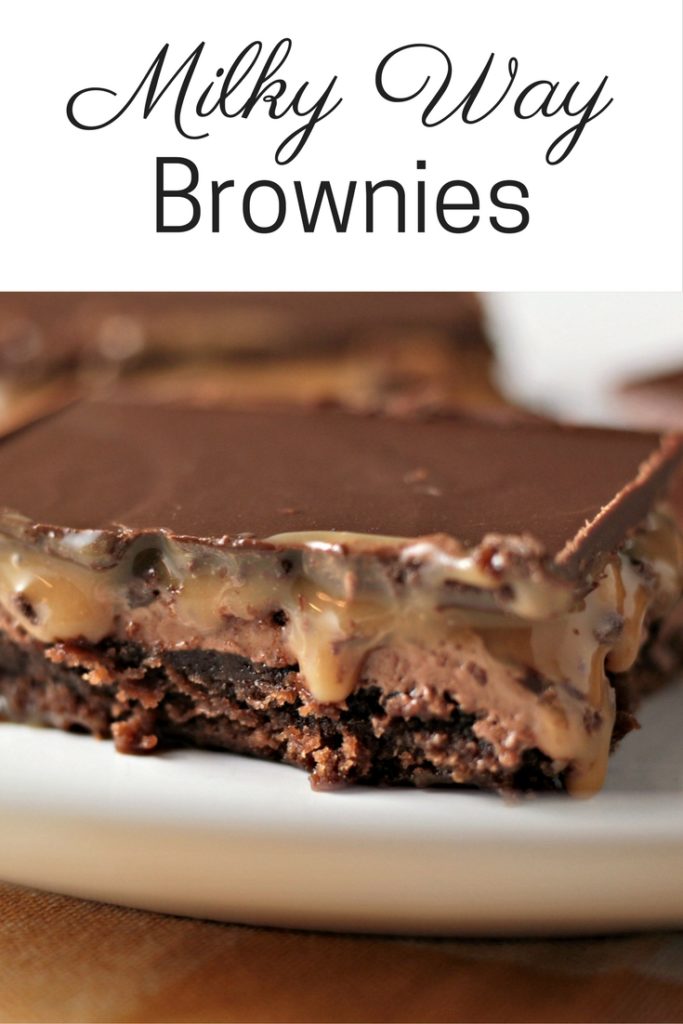