Jump to Recipe Print Recipe
Jalapeno Potato Poppers have everything a jalapeno popper has, but in a potato!

I love potatoes! They are yummy no matter how they are prepared. So when I was coming up with an idea for an appetizer for Sunday Supper I decided to to make Jalapeno Potato Poppers. 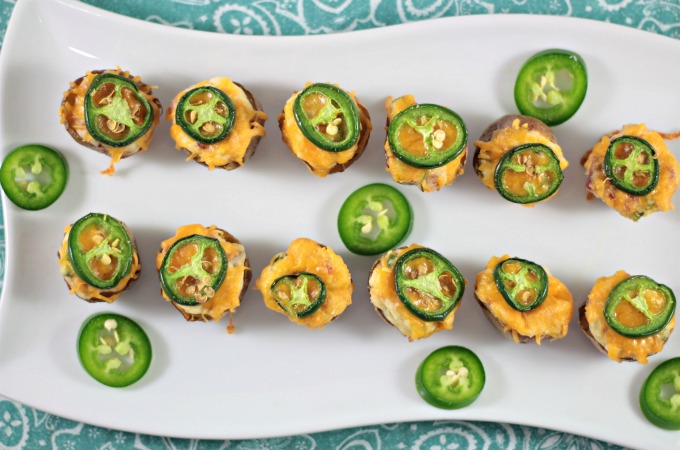 It seemed like a good idea to put all of the ingredients of a Jalapeno Popper into a potato, thus the Jalapeno Potato Popper was born. I googled it and I didn’t find anything like what I had in my mind. 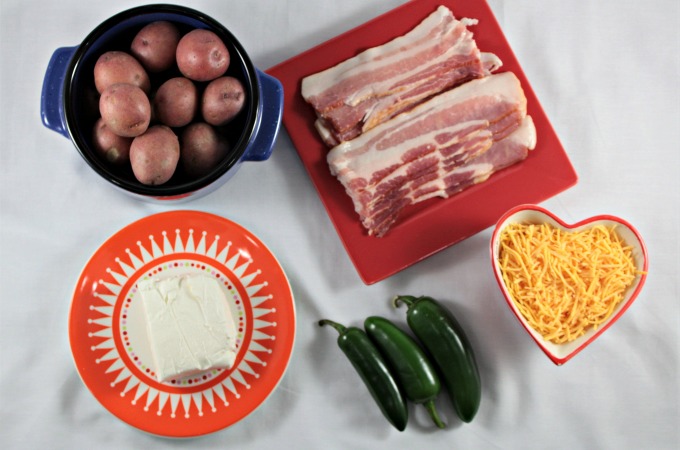 Using a melon baller makes it much easier to get the inside out without damaging the potato. 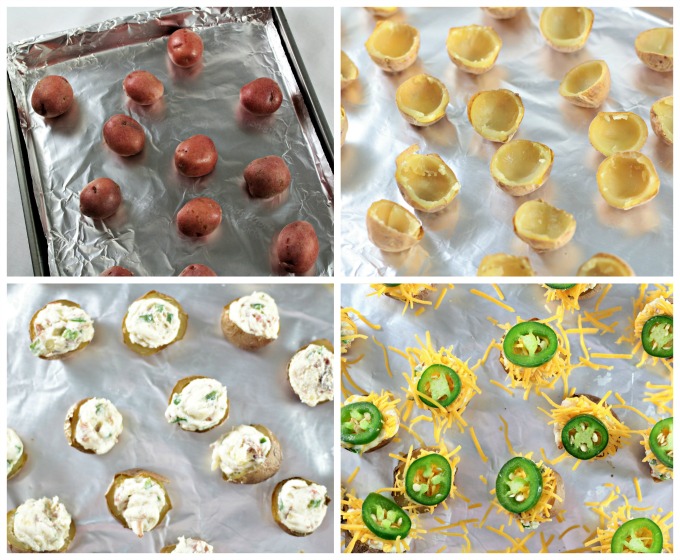 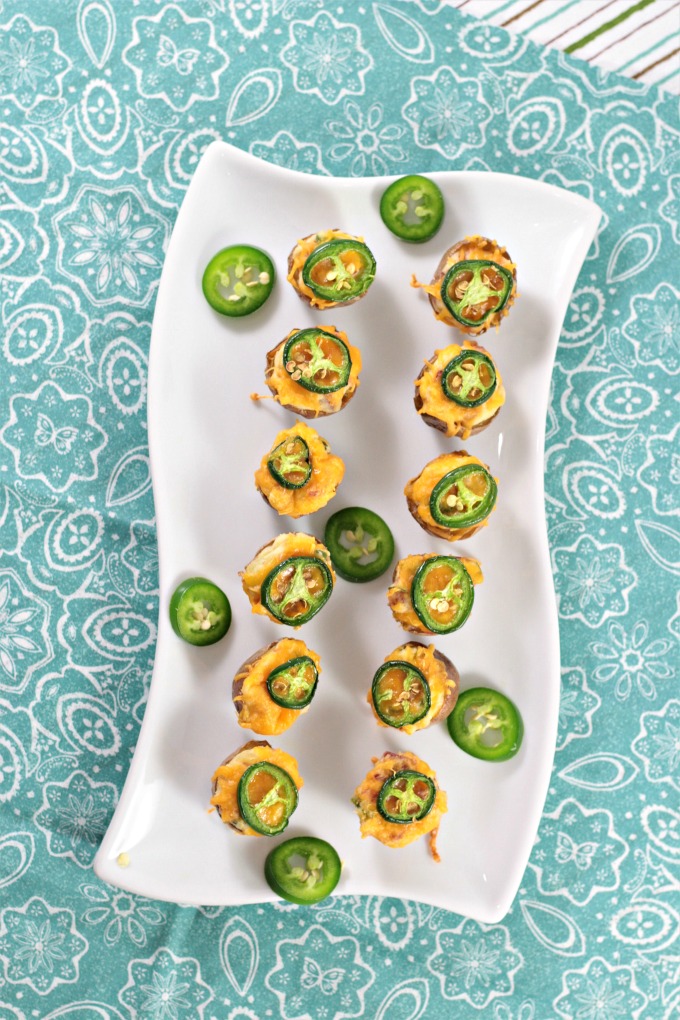 These were a huge hit! I must confess that they were too hot for my liking, so I took the slice of jalapeno off the top. They were much better (for me) without it and I will leave them off of some the next time I make them. I am a total lightweight when it comes to hot stuff. 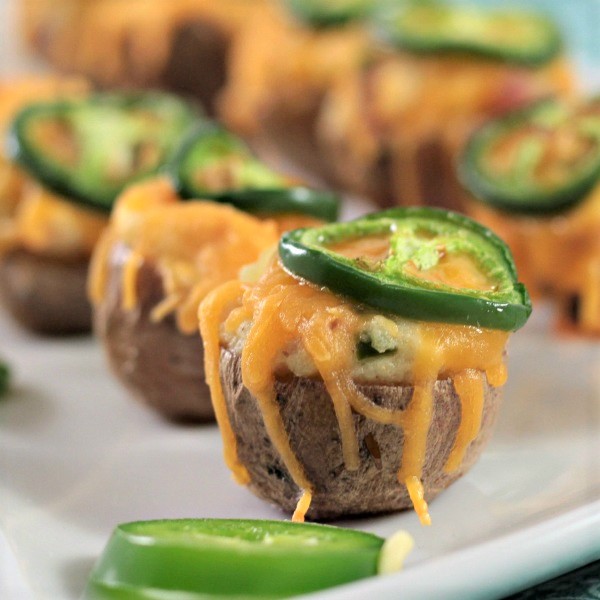 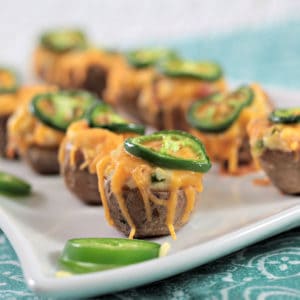 If potatoes won't stand because they are too round cut a very small slice off the end so it will stand.
I put the filling in a plastic bag and cut the corner off and piped it into the potatoes.
When I topped them with cheese I held each potato popper over the bowl so the excess would fall back into the bowl.
When you put the jalapeno slice on the top of the potato kind of mash it into it, so it won't slide off in the oven.

A huge thanks to Caroline of Caroline’s Cooking for hosting Sunday Supper this week!

Join the #SundaySupper conversation on twitter on Sunday! We tweet throughout the day and share recipes from all over the world. Our weekly chat starts at 7:00 pm ET. Follow the #SundaySupper hashtag and remember to include it in your tweets to join in the chat. To get more great Sunday Supper Recipes, visit our website or check out our Pinterest board. Would you like to join the Sunday Supper Movement? It’s easy. You can sign up by clicking here: Sunday Supper Movement.