It doesn’t have to be morning for us to enjoy a nice stack of pancakes at our house. In fact, we probably eat them more for dinner than we do for breakfast.

We don’t just eat ordinary pancakes, we like to make them a little tastier than regular pancakes from time to time, and these Apple Cinnamon Pancakes did not disappoint. 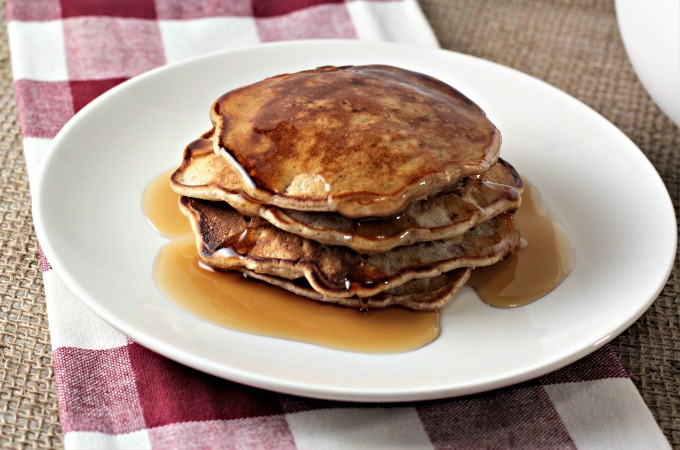 We sort of take turns making them thin or thick.

We don’t make one recipe both ways, we seem to have recipes that we like better one way or the other. 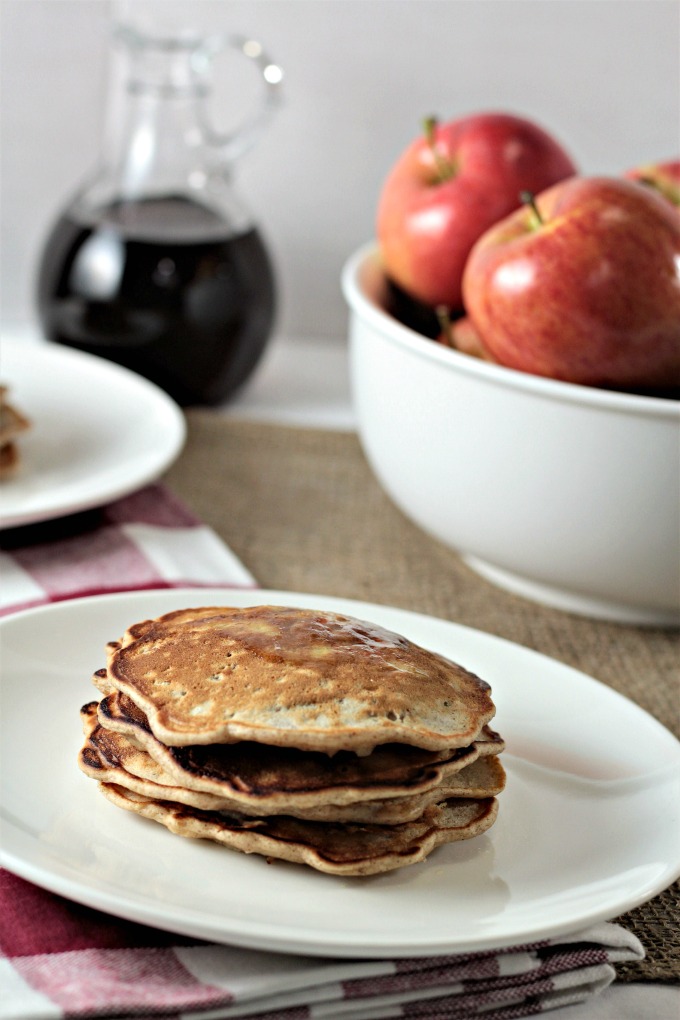 For this recipe I decided to take my regular thin pancake recipe and swap the white sugar with brown sugar, and add some cinnamon to compliment the apples.

I thought shredded apples would cook better in a thin pancake rather than a thick one.

My thinking on this was that the apples would be closer to the hot surface and that would make them cook at around the same rate as the pancake. It seemed to work great. 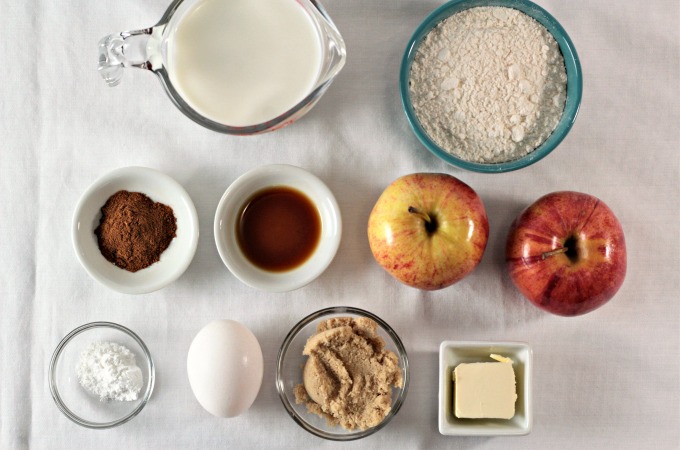 I grated my apples using the large side of my box grater. I cut the apple into quarters, took the seeds out and then grated each quarter.

It was kind of a wet and messy job, but worth it. 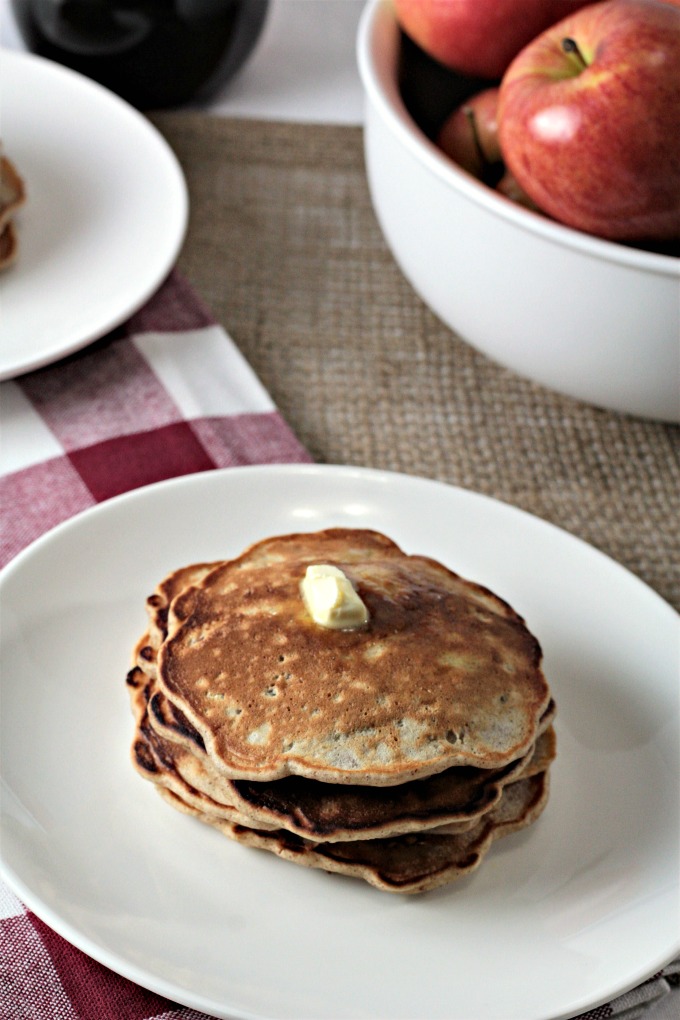 You can use any kind of apple you prefer.

I had a big bowl of Gala apples calling out to me to make something with them, so that is what I used.

There really isn’t a variety of apple that wouldn’t work in these Apple Cinnamon Pancakes (my opinion, of course). 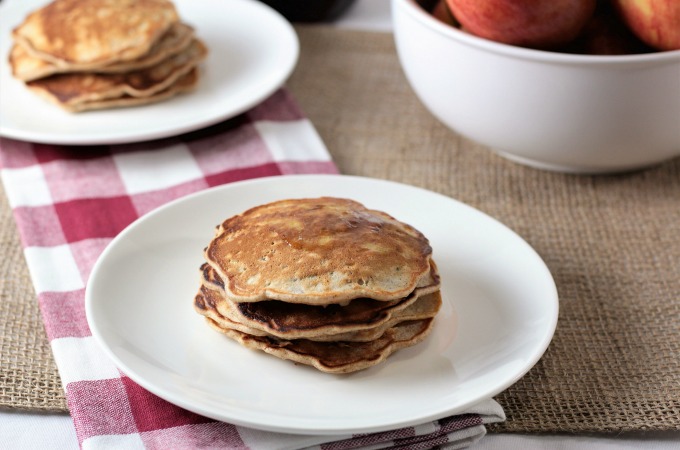 Apple Cinnamon Pancakes are a great way to add fiber to your pancakes. Get the recipe! Click To Tweet 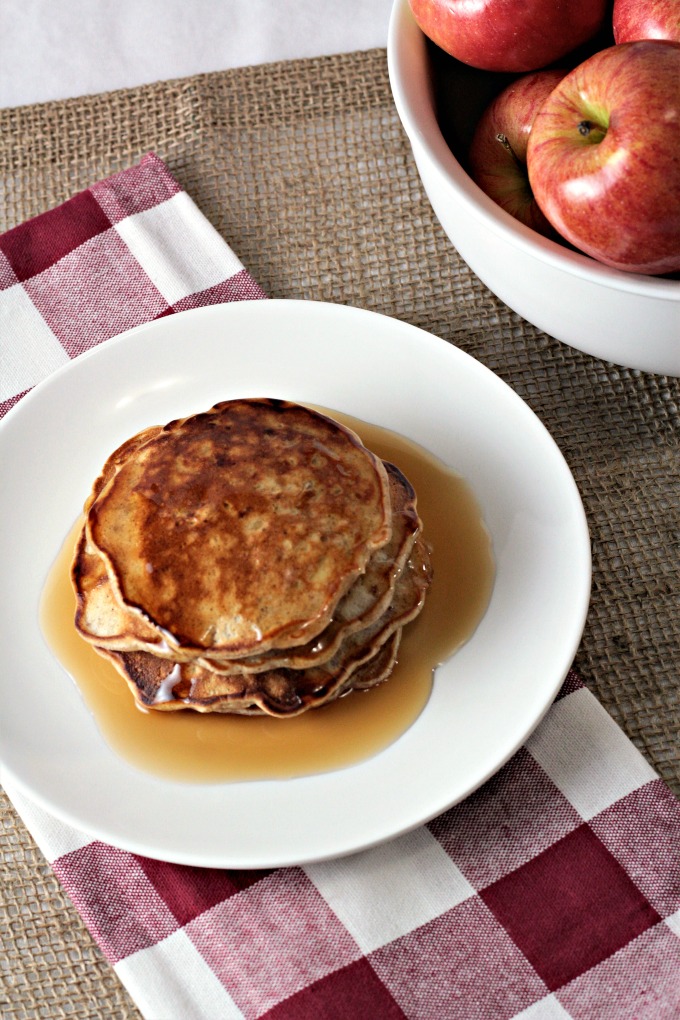 I also have a recipe for Oat Banana Nut Pancakes that are tasty as well! 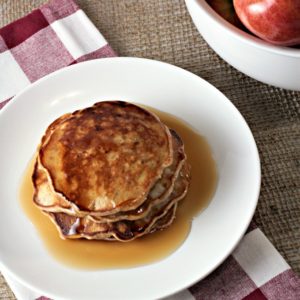