Sheet Pan Chicken Fajitas – A simple and delicious meal that comes together in less than 30 minutes!

We love restaurant quality meals that we can make at home and these Sheet Pan Chicken Fajitas are just that. The best part is how easy they are to make.

This meal is so easy, and fast! The most time-consuming part of this recipe is chopping the chicken, onion and peppers. 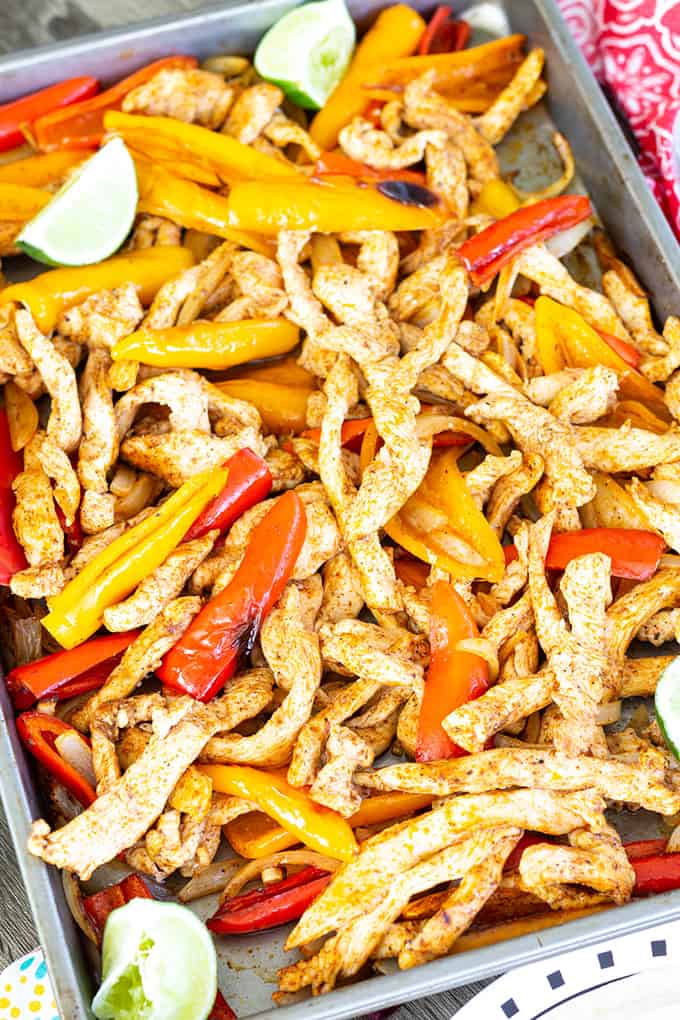 I cut the onion, peppers and chicken before I start cooking these fajitas because it goes so quickly.

While the chicken and veggies cook I get my toppings ready. We usually just top them with cheese, salsa and sour cream.

Occasionally we add some avocados or guacamole. Most of the time we serve these on flour tortillas, but every now and then we use corn tortillas.

Corn tortillas are not the ‘traditional’ fajita tortilla but we like the fact that corn tortillas have less carbs.

We are actually trying not to eat too many carbs and this little swap helps with that. 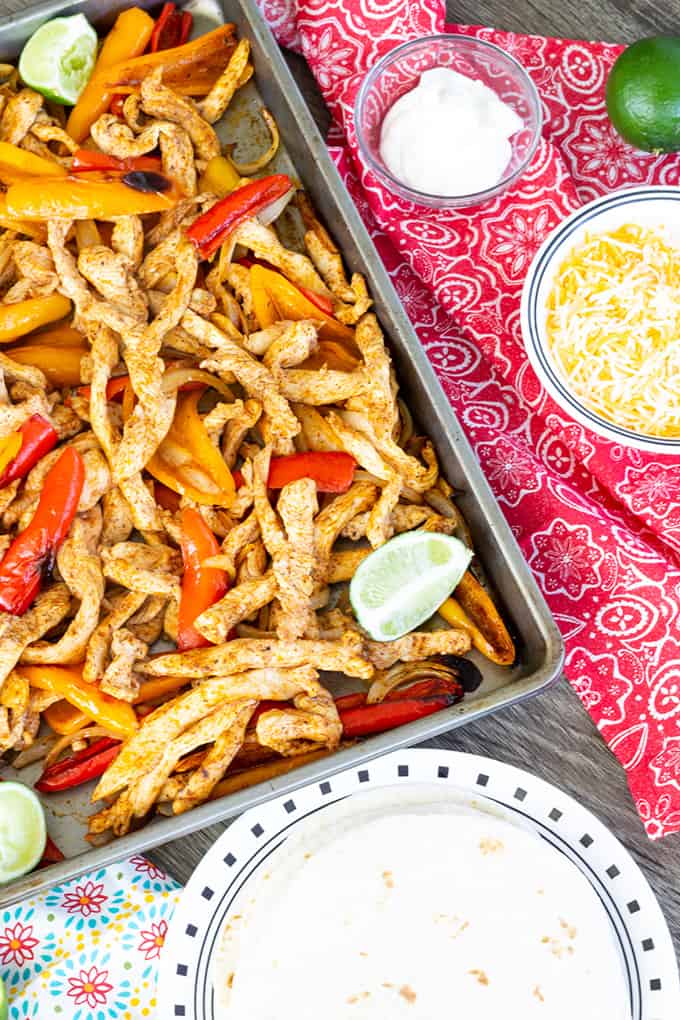 I found this recipe on the Food Network website. The only difference between mine and theirs is that I use canola oil instead of olive oil.

It really doesn’t make much difference though.

Food Network’s recipe says you can make 8 fajitas. We have found that they are too full if we use the taco-sized tortillas. We usually get about 16 fajitas! 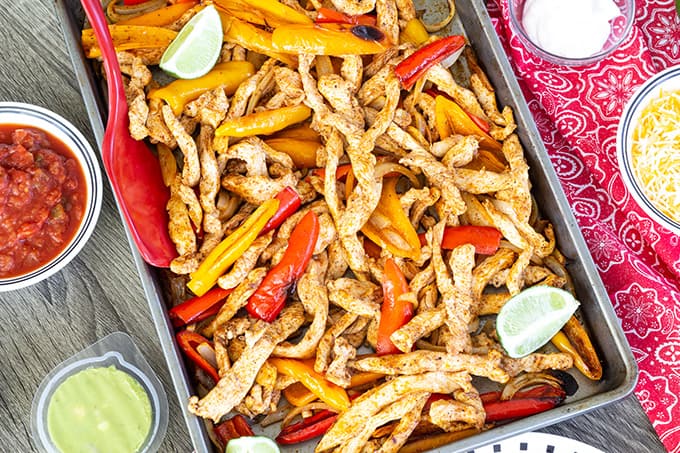 This is especially handy if I am making them for just Lee and myself. We get two dinners out of this recipe.

The second night everything is prepared, all we have to do is cook it. 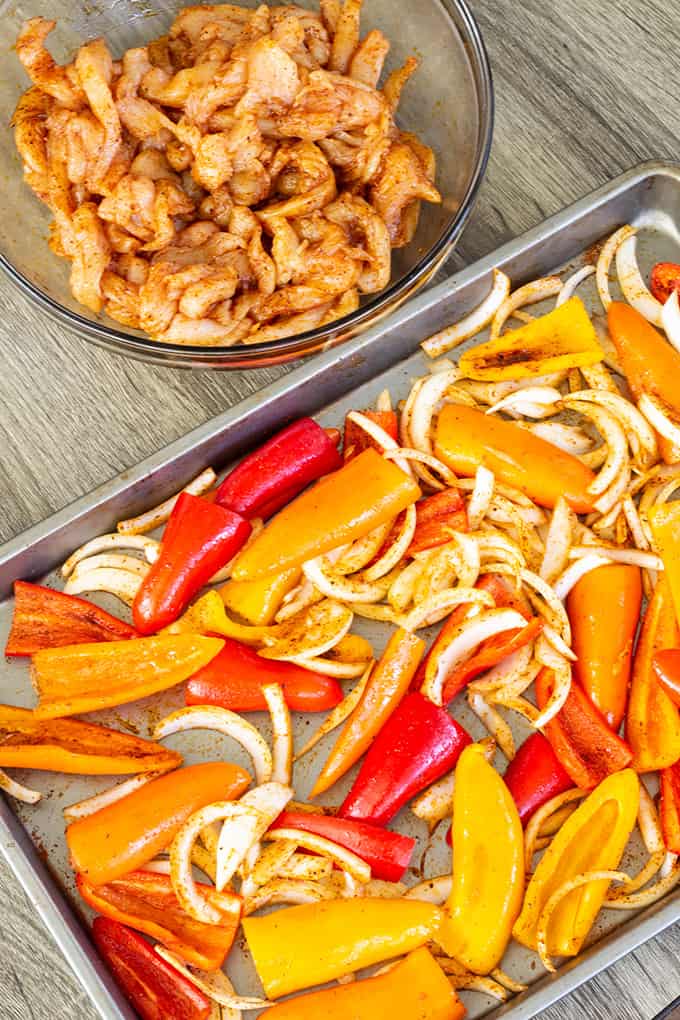 I’m telling you, it’s an awesome meal, twice. It doesn’t get much better than food this good, and literally faster than we can get to a drive-thru and back home again!

Heck, it usually takes us longer to decide where to eat than it does to make this meal. And it is budget-friendly!

Do you have that problem, too? I am guessing most families do. Most of the time it is just easier to make dinner at home. Then I get to decide what we eat. 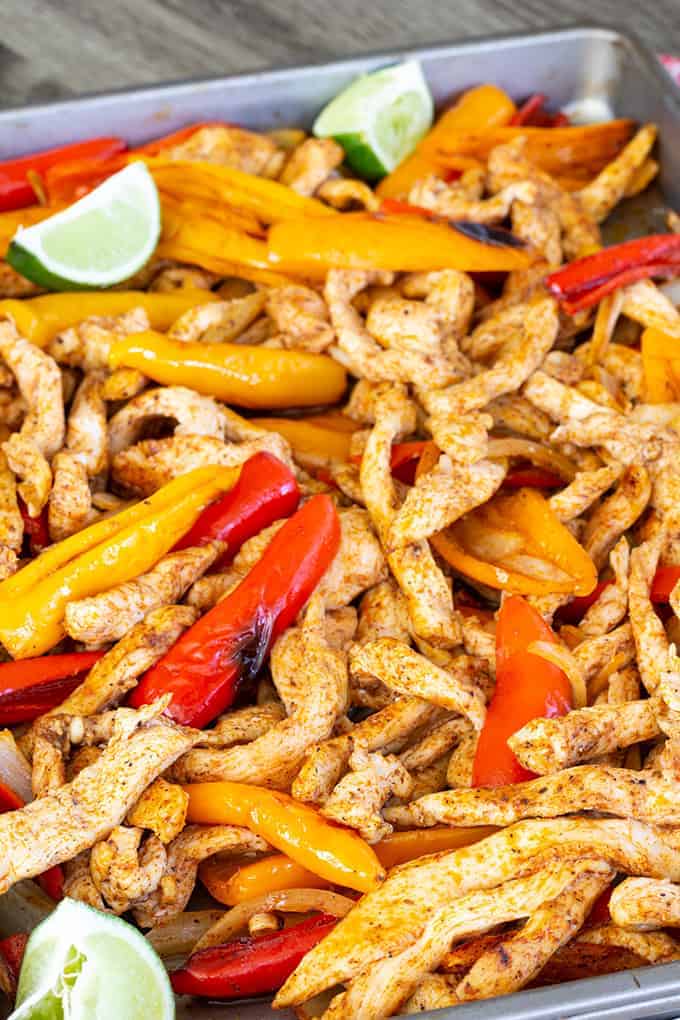 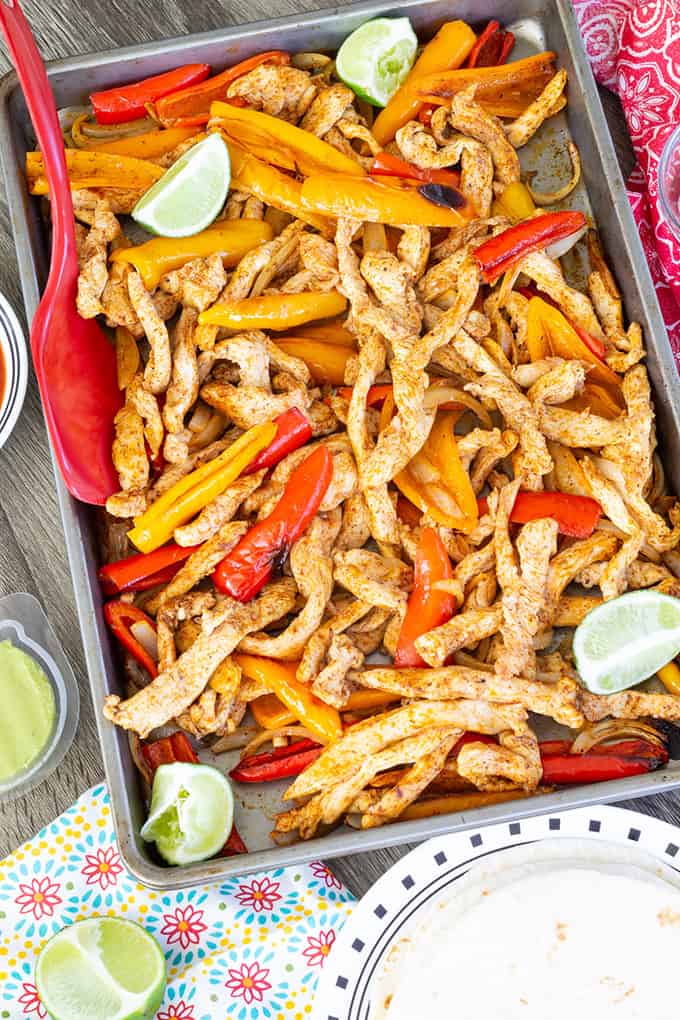 These side dishes would go great with these Sheet Pan Chicken Fajitas: 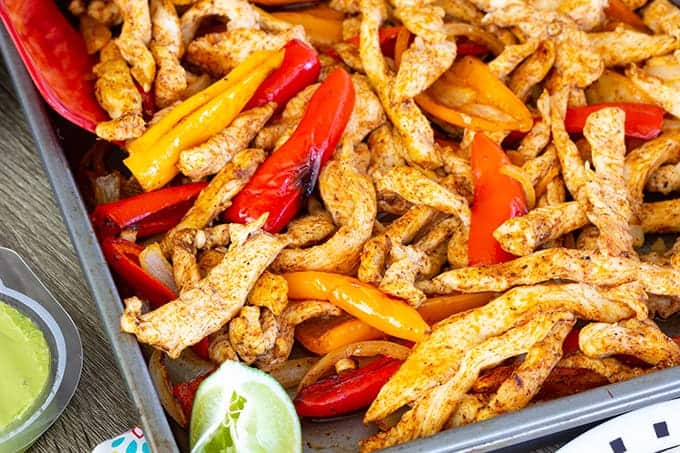 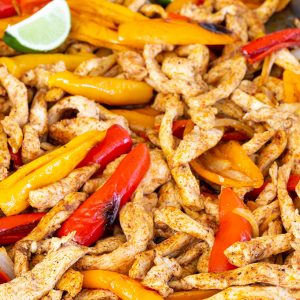 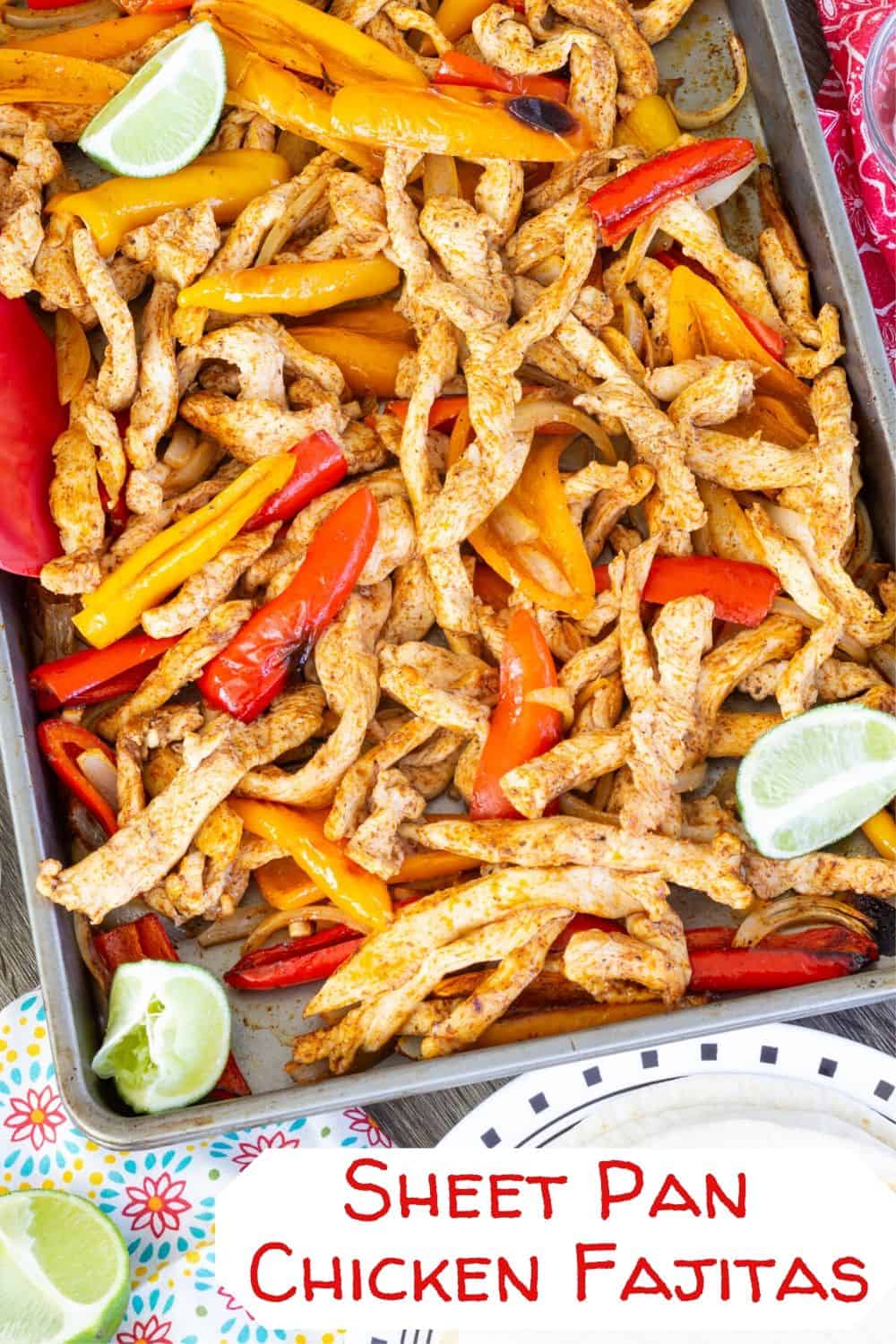 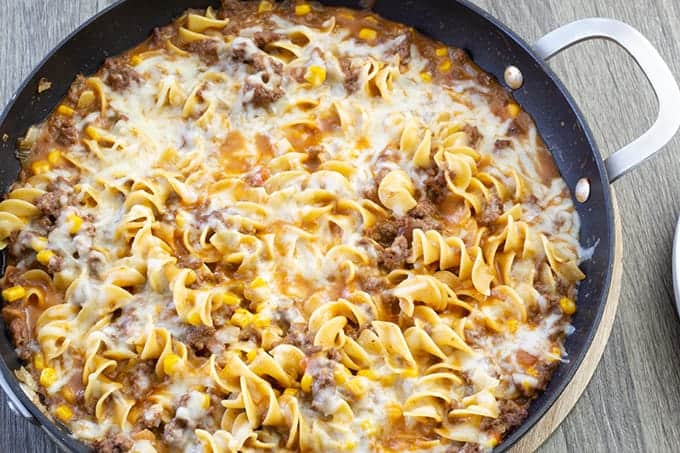 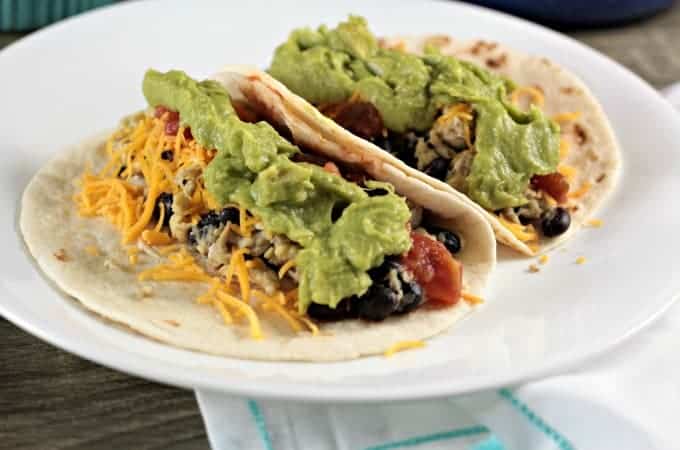 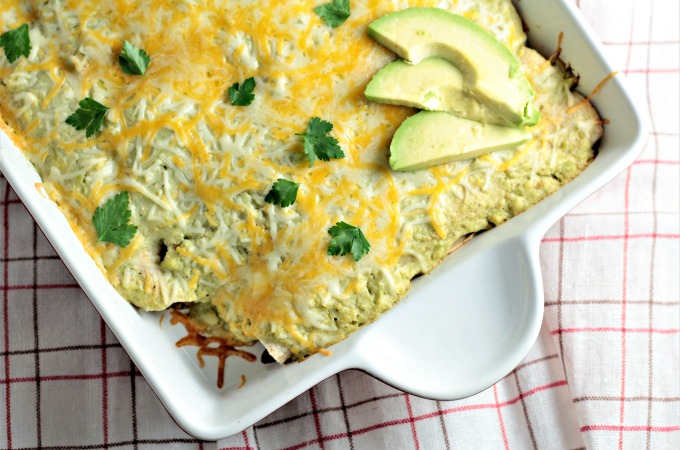 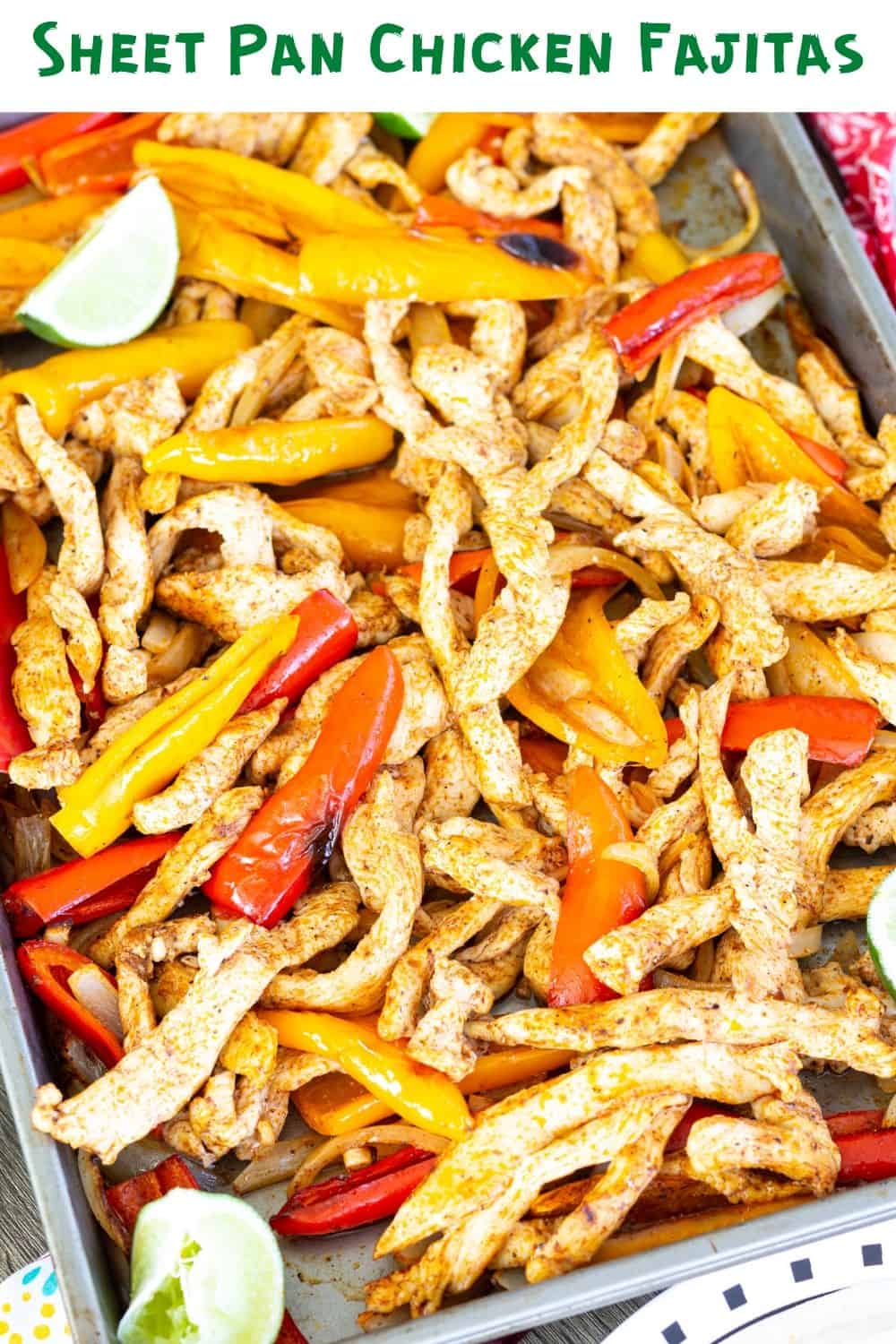 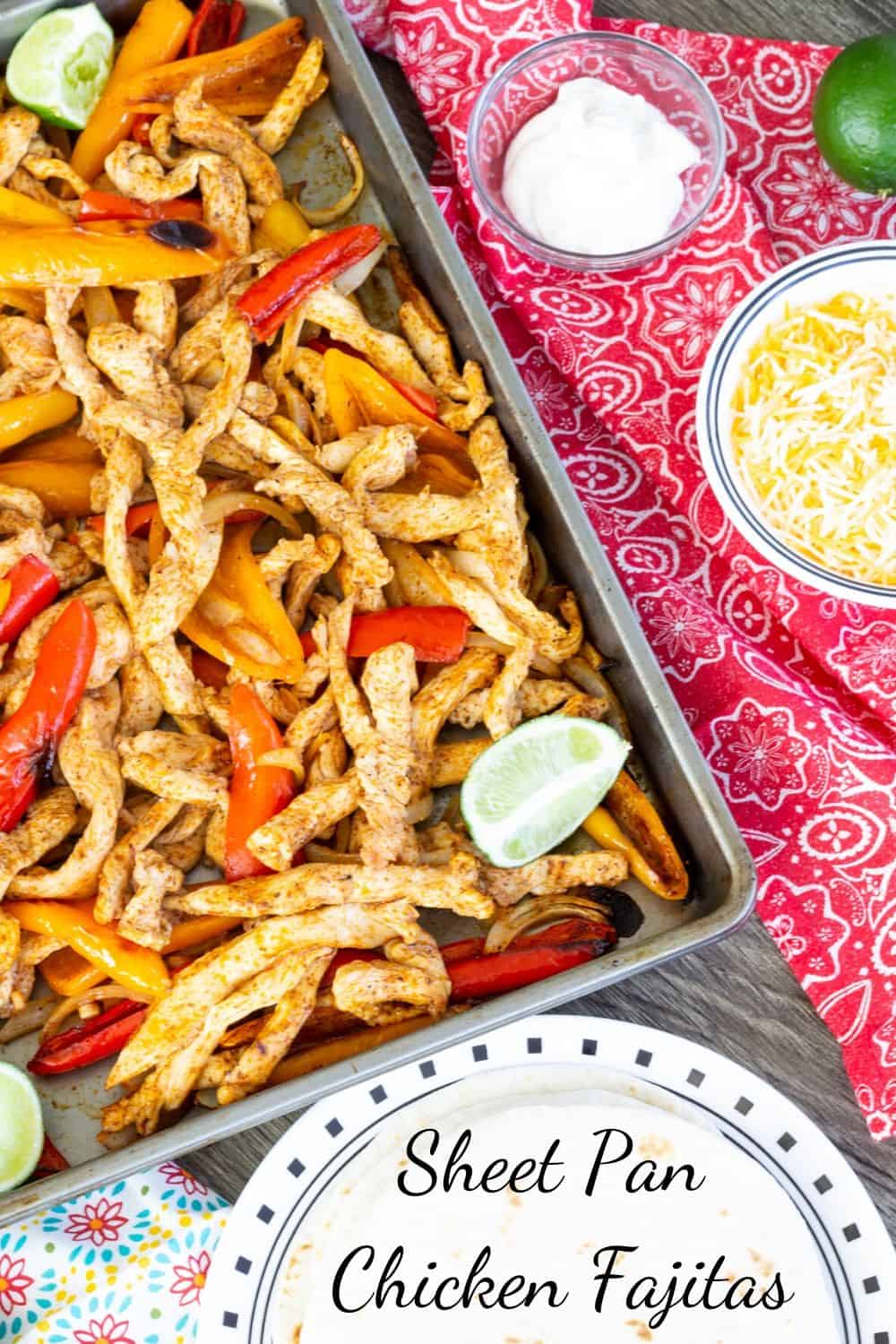