Tagine originated in North Africa, Morocco, and Algeria. It is a meat stew that is slow cooked in an earthenware pot. This recipe, that I have adapted, comes from My Recipes. My version, Skillet Beef Tagine with Spiralized Butternut Squash, is a quicker version of this dish, because it is made with spiralized butternut squash. The spiralized squash cooks much faster than the chunks of squash.

I have to tell you about this spiralized butternut squash! This product is made by Veggie Noodle Co. and it comes already peeled and spiralized, ready to use. Talk about fast, easy, and convenient! They currently have zucchini, butternut squash, sweet potatoes, and beets. 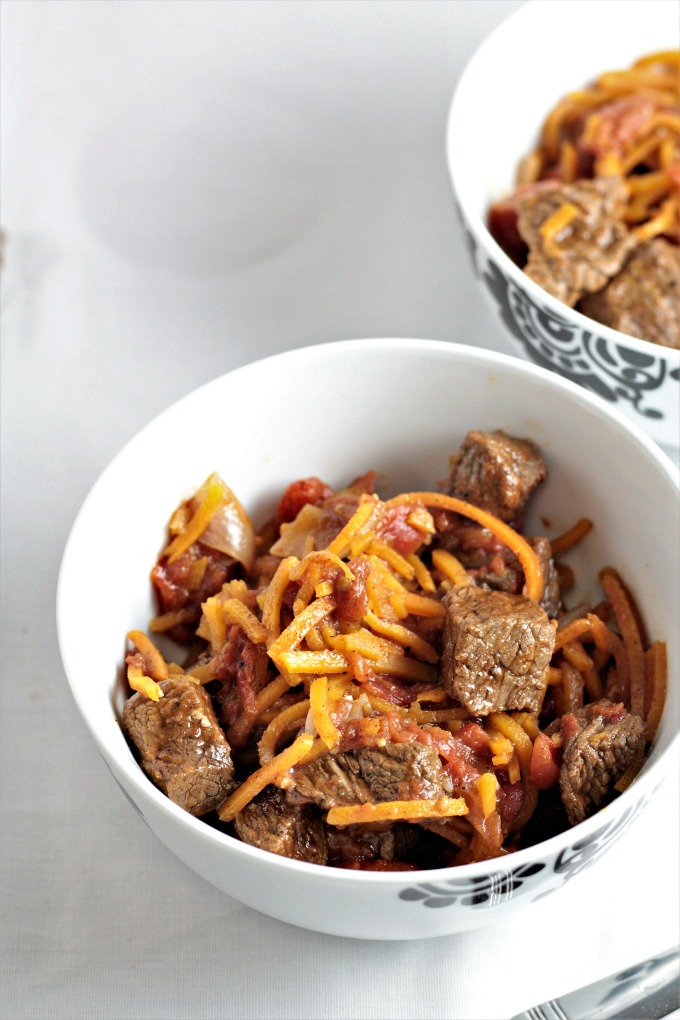 Skillet Beef Tagine with Spiralized Butternut Squash is pretty easy to make and can be on the table in about 30 minutes, but it has such depth of flavor that it tastes like it took all day to cook. It is the first recipe I ever made that uses cinnamon in a savory way. Something about the cinnamon, ginger, and paprika gives it an exotic flavor. It is soo yummy!

I made this dish for my oldest daughter when she and her husband come over for dinner one Sunday, and she loved it. She even requested I make it for her birthday! My youngest daughter used to be a really picky eater and wouldn’t eat it before. This time when I made it, she gobbled it up. I love that she is willing to at least try just about any food now, and likes a lot more foods than she used to. 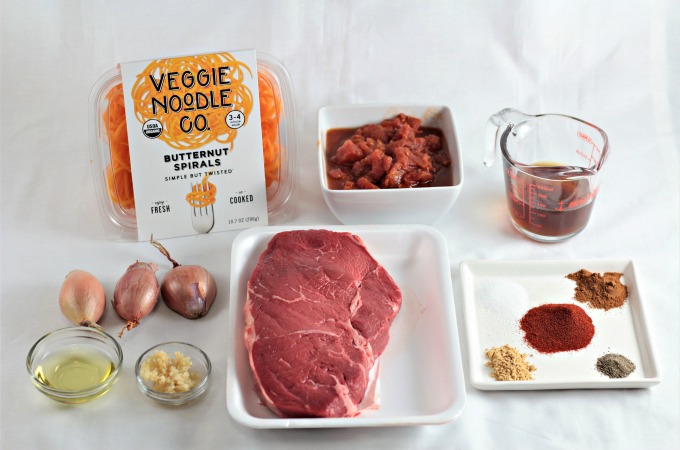 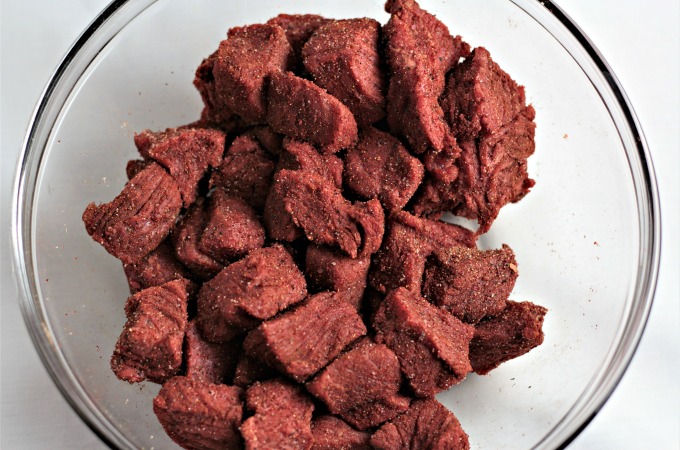 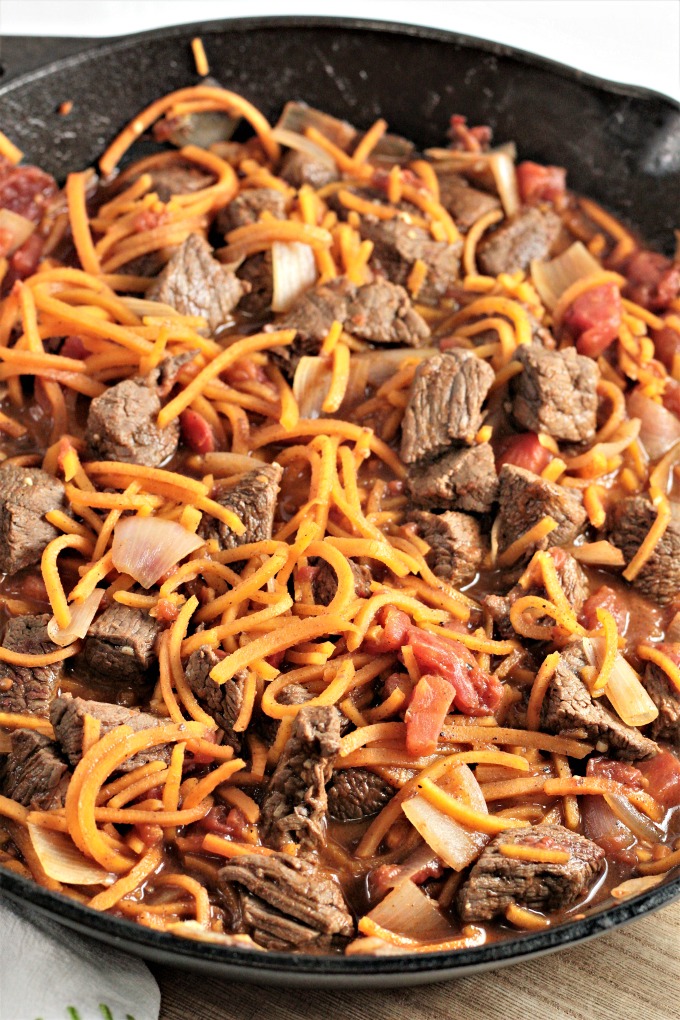 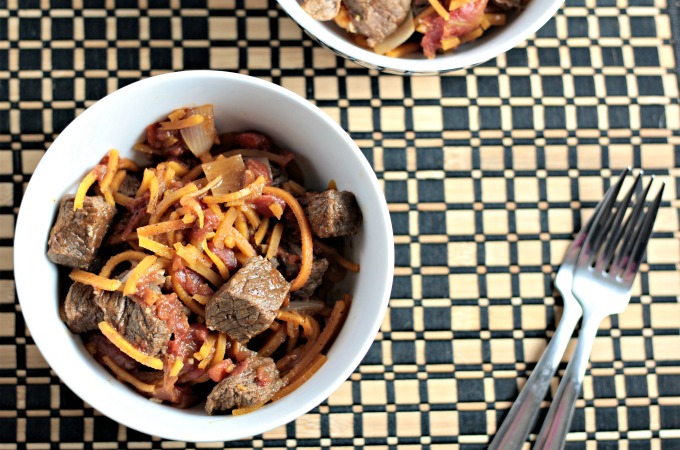 I have a recipe for Chicken with Lemon Leek Zucchini Noodles, (use 1 package of Veggie Noodle Co. spiralized zucchini). 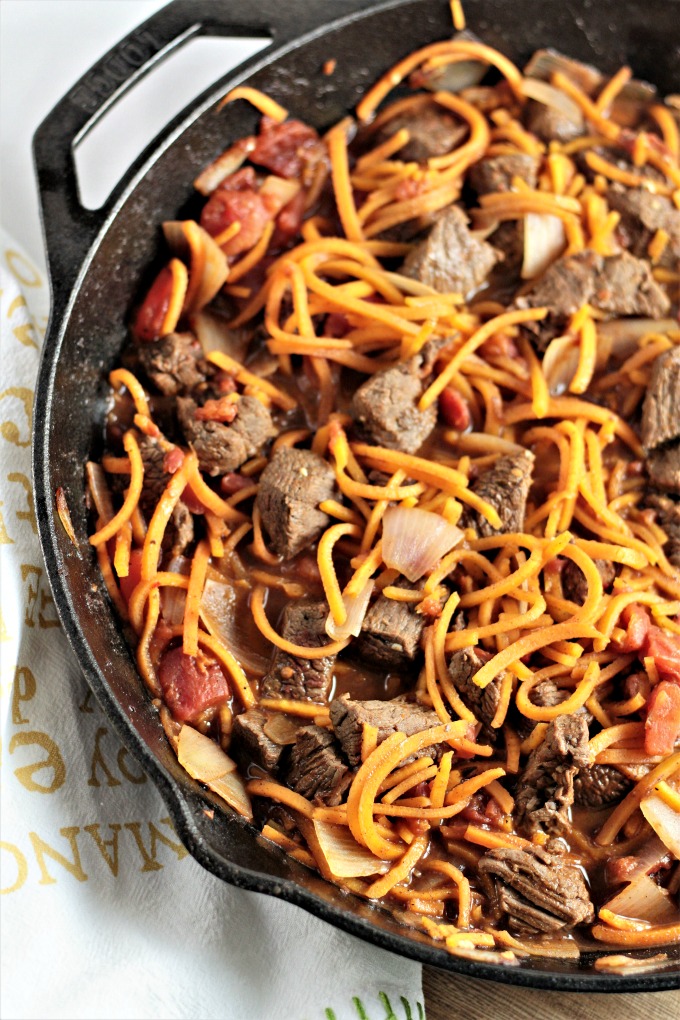 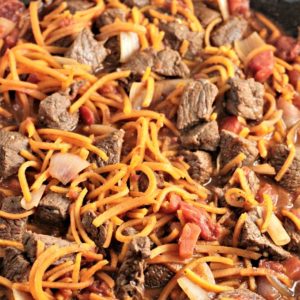 I cut the spiralized butternut squash into smaller pieces because I wanted everything to be bite-sized. I used diced tomatoes with spicy red pepper, if you can't find them just use plain diced tomatoes and add 1/4-1/2 teaspoon of red pepper flakes.
Keyword beef tagine
Tried this recipe?Mention @mindyscookingobsession or tag #mindyscookingobsession!

Disclaimer: Veggie Noodle Co. provided the product used in this post. All opinions are 100% my own.